My story originated back in February 2015, when God gave me a promise from His word that I will have another son and he will be more precious than fine gold (Isaiah 13:12).  There is nothing that makes my heart leap more than hearing from God.  And this time it was a promise that was my heart’s desire.  In August 2015 we learnt that I was expecting and it was a dream come true.  It was a spiritual journey for me and I sensed God wanted to teach me to trust Him more.  I felt that God wanted me to have a natural delivery, even though people and most doctors thought it was risky after a previous c/section.  I wanted to go to the next level of faith and I decided to follow God’s lead and ignore my own fears.  I had to pray and read scripture daily to keep my faith strong.  I did everything possible to prepare myself for a normal vaginal delivery.  It was a time of growth.  Learning I was expecting a boy just confirmed the promise from God and we were lead to call him Kaleb, which means faithful, devoted to God, whole hearted and bold.  I was expectant, not only of a child, but a special, rare and precious child and of a supernatural childbirth.  I was in constant battle with the enemy to conquer my fear and to believe and stand on God’s promises.  I was looking forward to the natural waterbirth I was preparing for and for the victory I believed I was going to experience in my faith and in my personal growth as a person.
​ 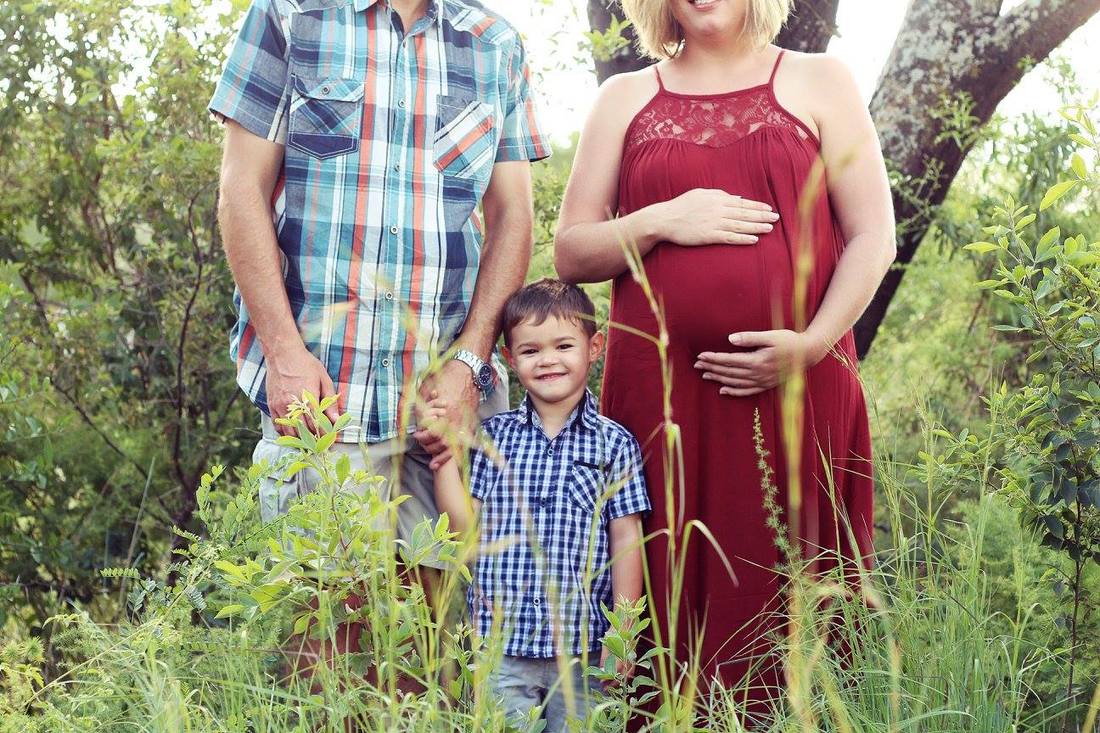 ​Emotions were running high, especially because we were praying and believing that God could heal my father who was terminally ill with cancer.  But the chances of him being healed became slimmer and slimmer as he became closer to death.  I was praying for him to be released from the suffering he had to endure but I selfishly wanted Kaleb to be born while he was still alive.  I was in emotional turmoil.  Then on a Tuesday evening, 5 April 2016, while I was 39 weeks pregnant, I realized that I had not felt Kaleb move the entire day.  I immediately sensed something was wrong and that I was too late.  Going to the hospital confirmed my worst fear: there was no heartbeat.  I was shocked.  This wasn’t the plan; this wasn’t what was supposed to happen.  We were sent home to process our loss.  ​​We had to come in the following morning for a c/section.  That night I was lying awake, trying to think how this could have happened.  God only spoke this one thing into my spirit: our life on this earth is merely a speckle when compared to eternal life.  Kaleb’s life is not over; he has an eternity to live as a creation by God.
​I chose to be awake during my c/section.  I wanted to process it, I wanted my body to register it was real.  The Dr told me his cord had a tight knot in and that was the cause of his death.  I was grateful for having a medical explanation.  But I had a lot of questions.  My foundation was shattered.  My whole being was ripped apart.  I felt robbed of everything I was hoping for and believing for.  When we experience trauma or loss, we immediately doubt whether God’s promises are true, whether He still does what He promises to do, whether we did indeed hear Him. Whether He is still in control.  God however comes in His stillness and provides us with everything we need to overcome our hardship.  We felt God’s presence and provision in a way we never have felt before.  That day was heartbreaking but holy.  I will never forget the few hours we spent with Kaleb.  Holding him, touching him, kissing him.  Soaking him all in.  Giving him back was the hardest.  I had to let go of a piece of me.  A piece of my dreams, my hopes, my expectations.
The days and weeks following Kaleb’s death was the hardest I ever had to face, but also a period during which I have grown more than ever before.  I can honestly say that if we ask for God’s grace, and provision and healing He will give it to us, more than what we could ever ask for.
Click here to watch the tribute Nanki made for her beautiful baby boy.